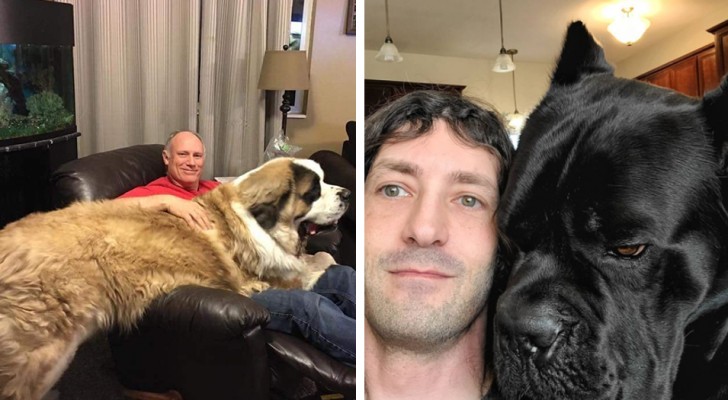 Little ones are inevitabley destined to grow. Parents know this and anyone who owns an animal knows it, even if it is a hard truth to accept: we would like our pets to remain cute little furballs forever. Unfortunately, and fortunately, this is not the case. Animals grow up and some of them grow even more than one would expect. Some owners thought they were adopting a dog, which has then grown so much that it looks like a cross between a bear and a wolf. And, while some of these animals don't even realize how big and bulky they are, their owners still adore them. How could you not love them?

1. He thinks he's still a puppy and can still sit on his owner's lap. 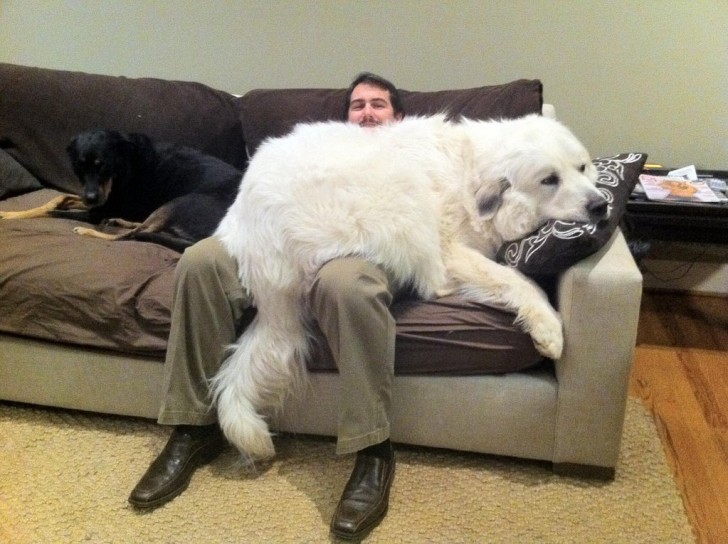 2. A boy tries to help his dog into the car, but will he even fit in? 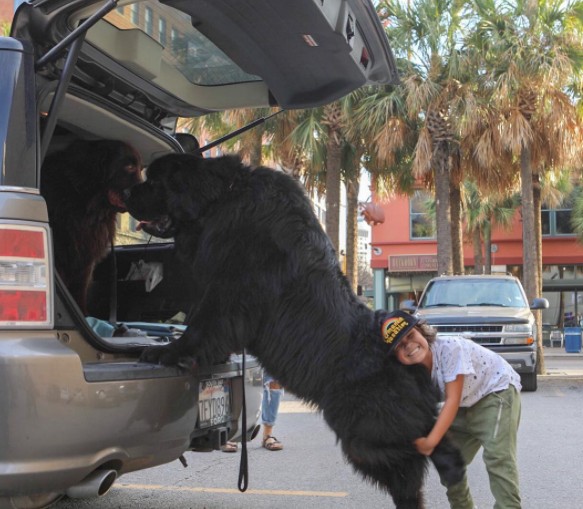 3. Can a dog be bigger than its owner? The answer is yes, there is no question. The girl on the sofa is completely hidden. 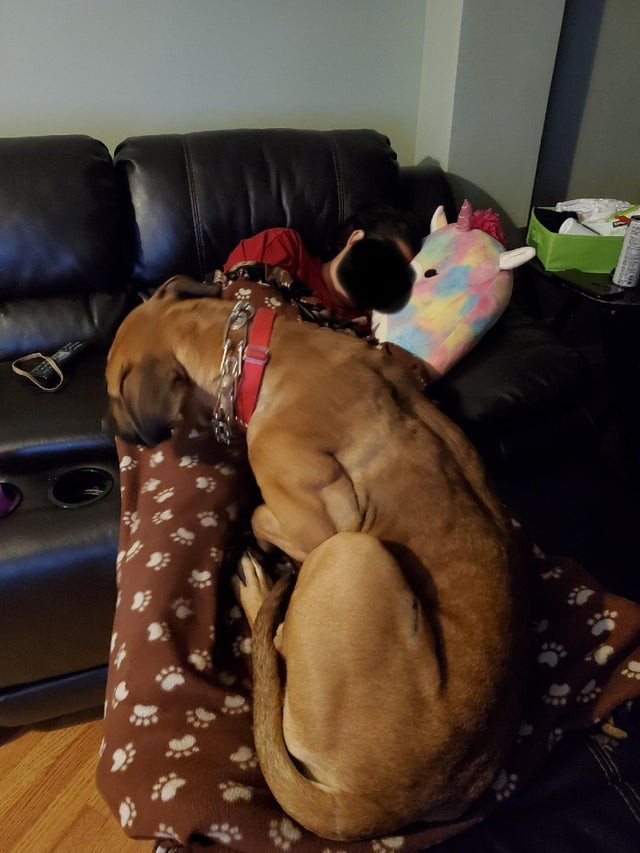 4. This dad didn't want a dog in the house: now, despite its absurd size, he won't be parted from him. 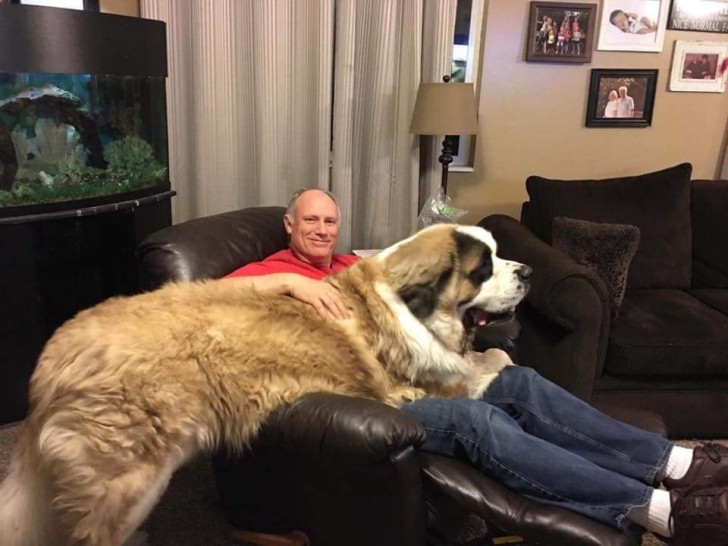 5. Does this black-faced dog realize that his head is larger than his owner's? Probably not. 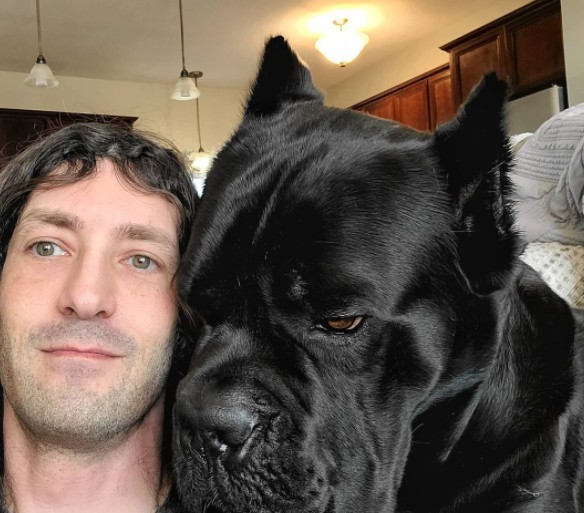 6. Does it look more like a soft toy or a baby? It doesn't matter, even at this size the owner always carries it with her. 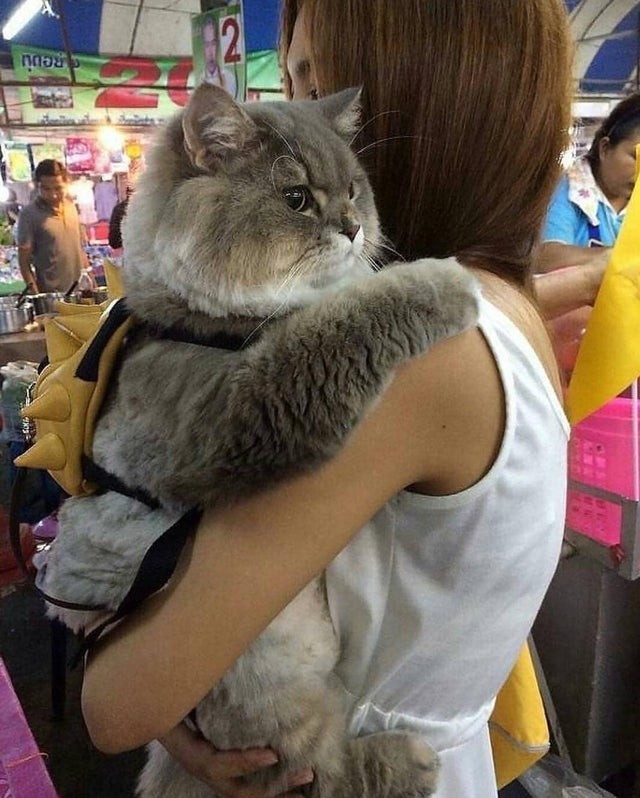 7. Let's just say that physical activity is not a priority for this cat that, which doesn't seem to realize that it takes up half a bed. 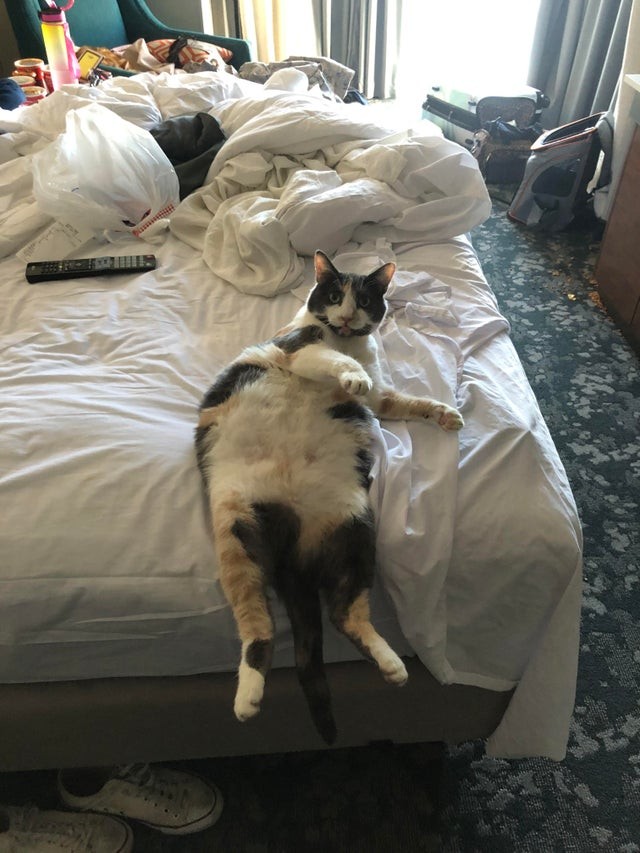 8. Is size a matter of genetics or gluttony? No matter, this dog has decided to take a nap on the floor: the bed is too small. 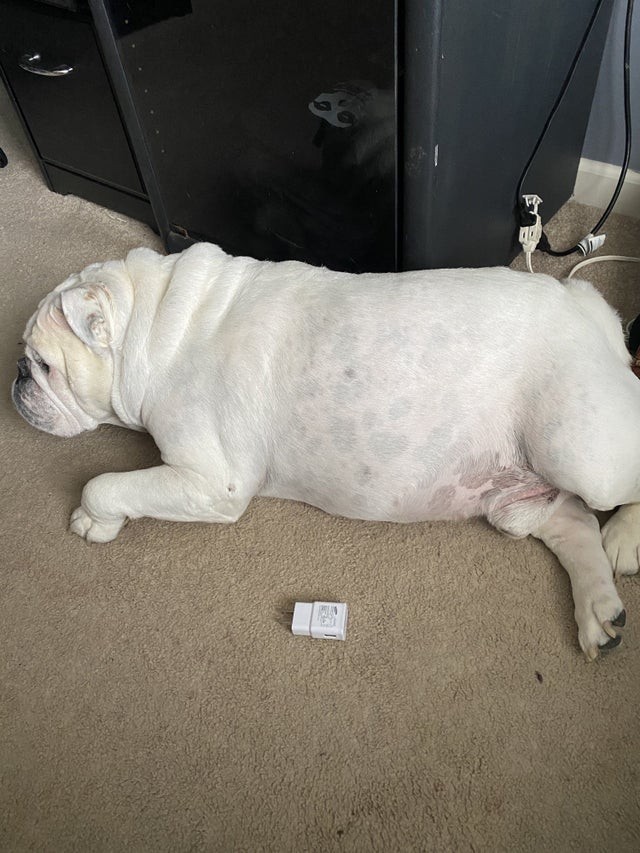 9. He succeeded in a titanic undertaking: that of getting into his owner's car. But, perhaps, it is not exactly comfortable. 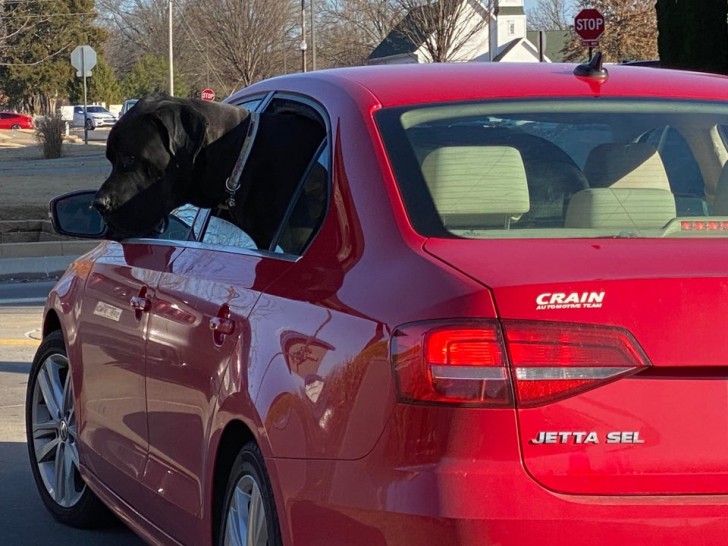 10. If you pick up a cat like this you risk getting hurt, but it doesn't matter: the satisfaction is immense. 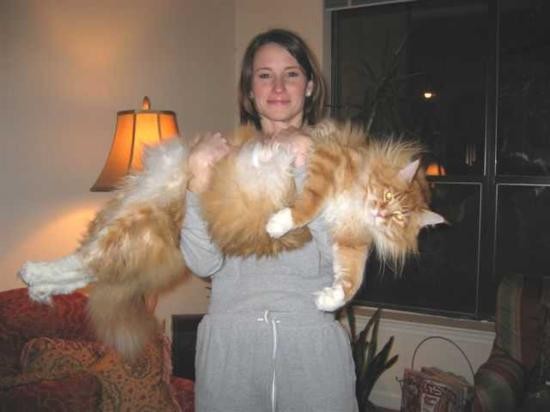 11. Not even a wolf is this size. This dog too could very well be crossed with a bear. 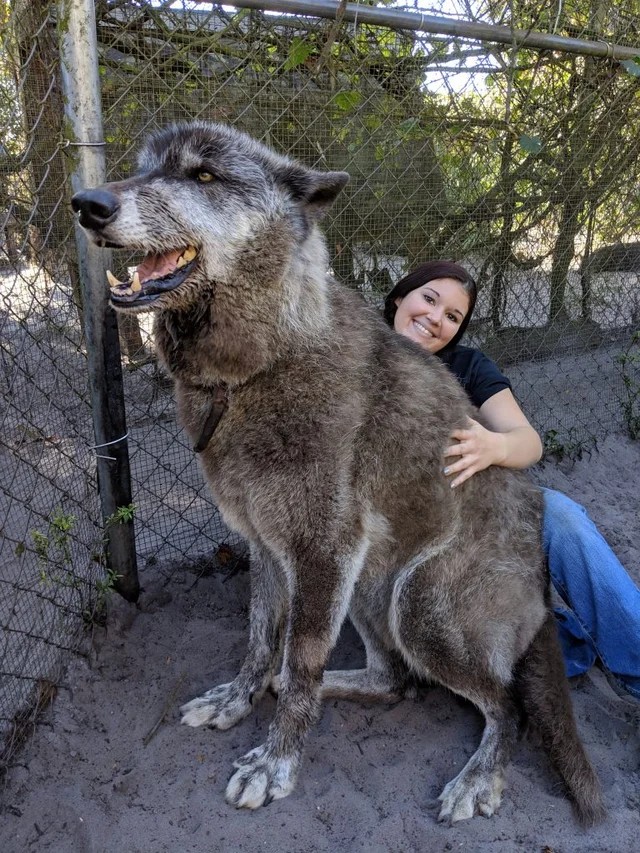 12. A horse is already an animal of impressive dimensions, and although this one is even more impressive, he still loves a hug. 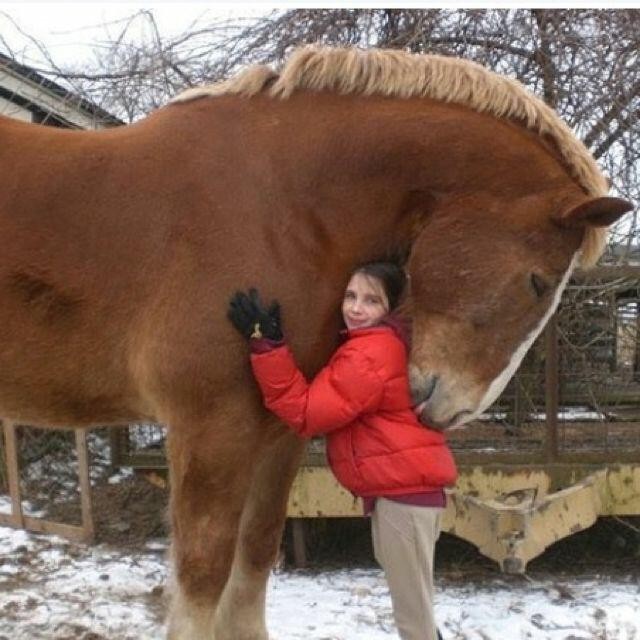 13. She stands among the other cows feeling just like one of the herd. Does she realize she's twice the size of the others? 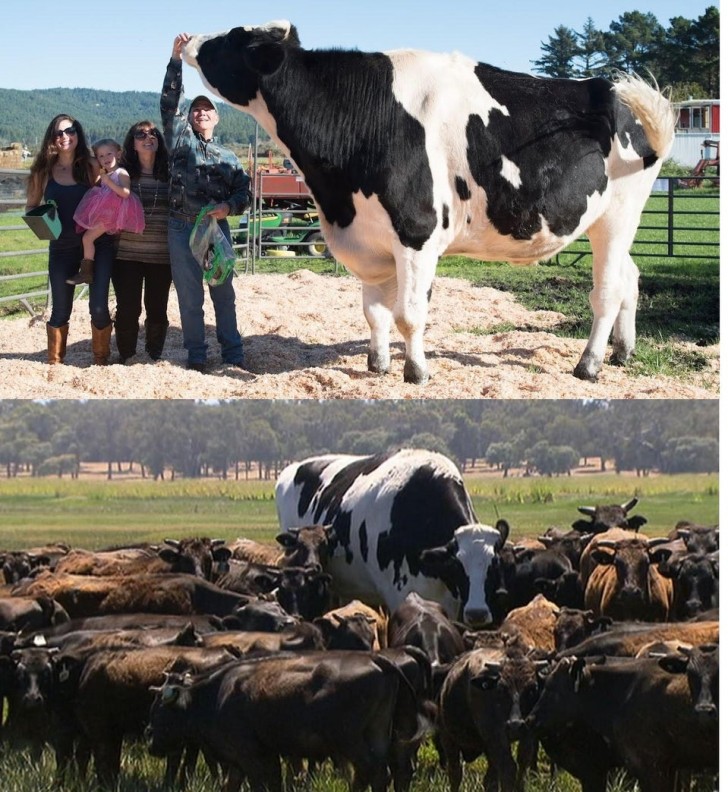 14. An armchair is not big enough for this affectionate dog: the owner should consider moving him to a double bed. 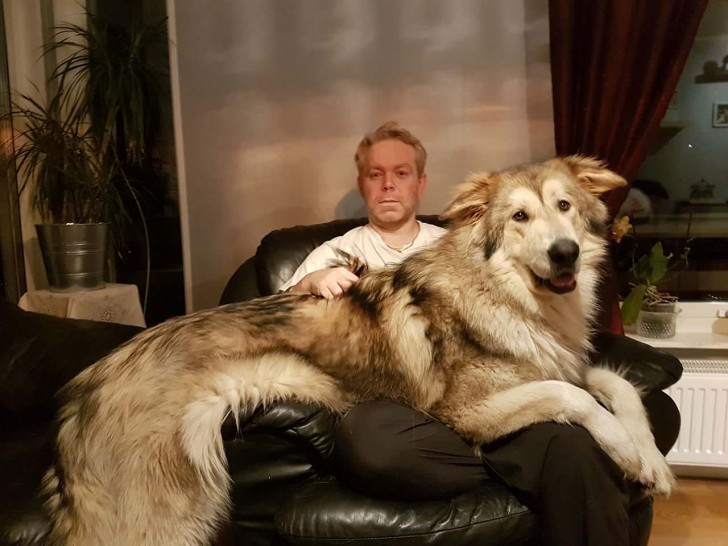 15. The face may be frowning but, despite his size, he is a big soft cuddly patient and the child knows there is nothing to be afraid of. 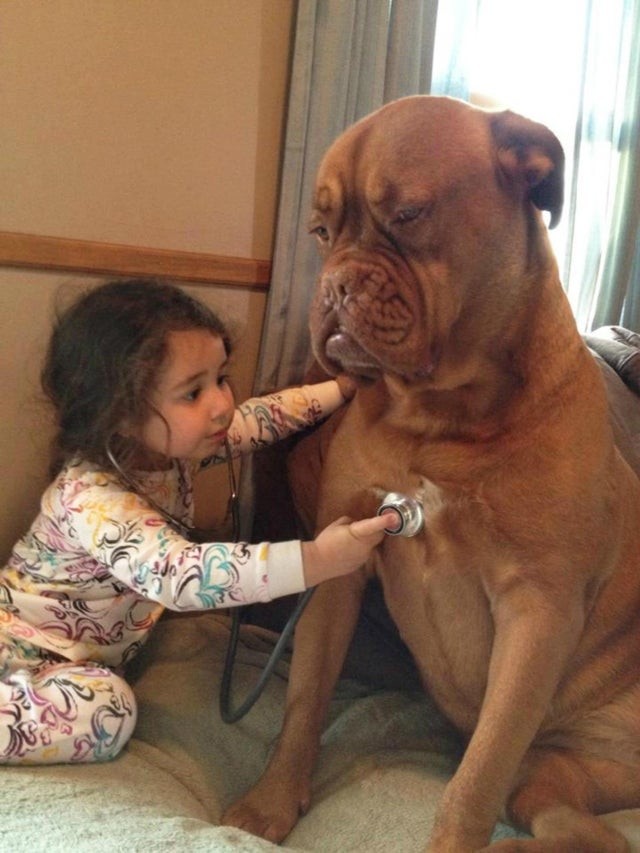 He graduated but no one wantsto hire him: he writes his CV into a song and sings it on the subway to look for work 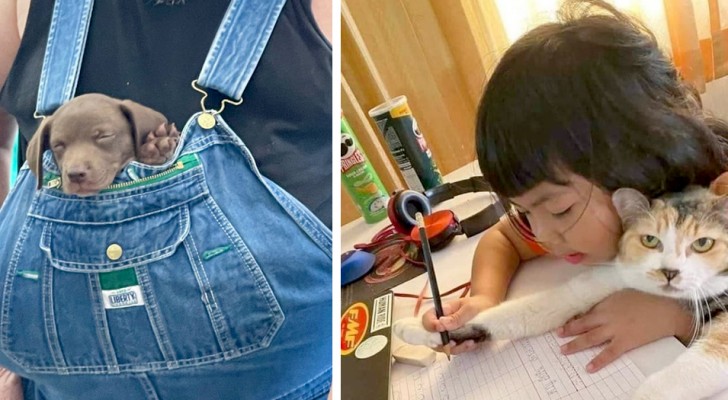 Love on all fours: 15 photos of pets that have become real family members 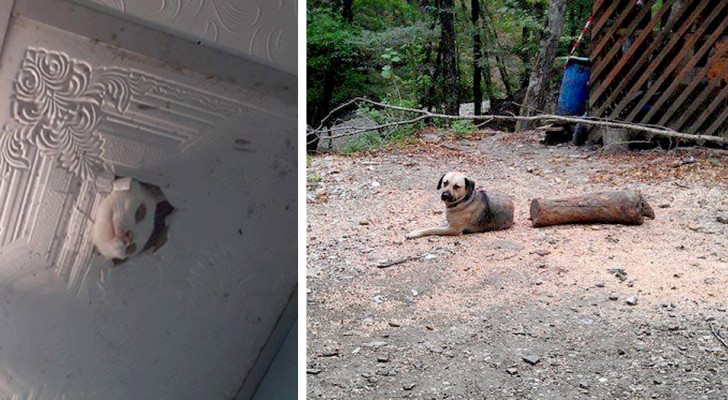 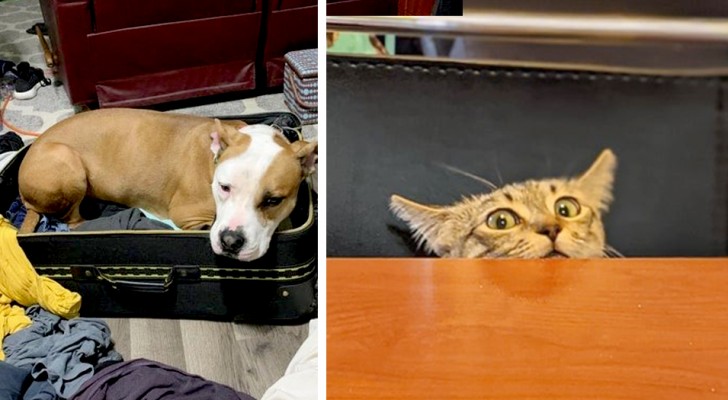 16 pets that just can't help but invade their owners' space

They have feelings too: 20 photos that show how fragile our animals can be 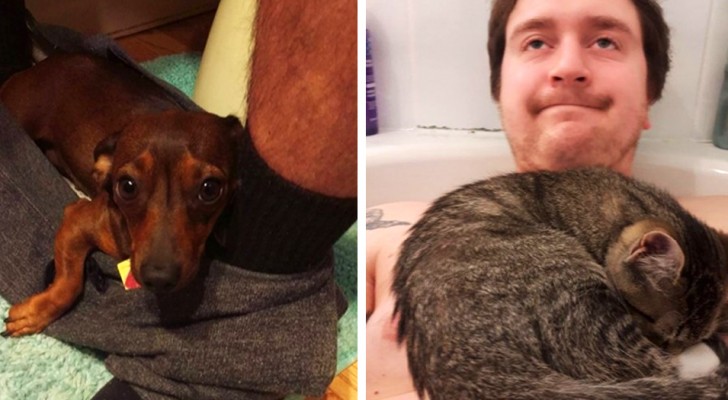 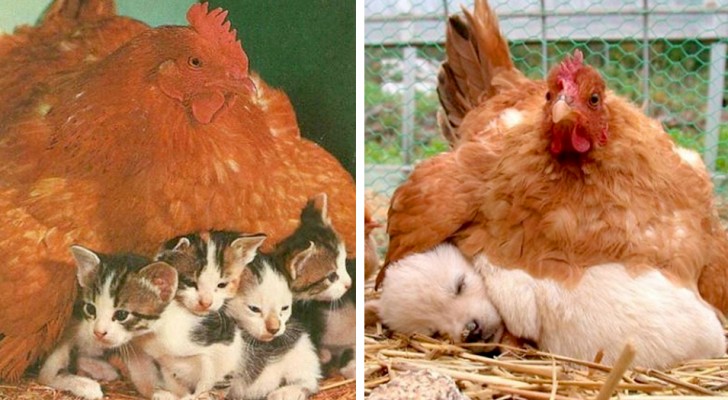