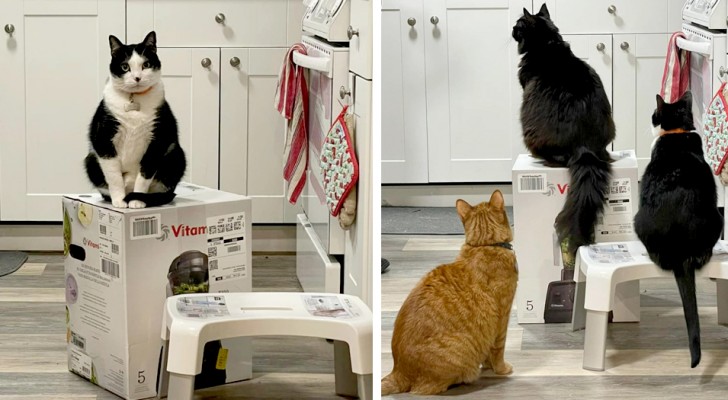 If you have a cat at home you know very well that these faithful, four-legged felines have a tendency to behave like kings and queens inside the house. They love to be pampered and revered so much that their human masters often take second place. Nothing can ever separate cats from their comforts, often bordering on supreme selfishness and indifference towards their owners. In short, living with a cat at home is not easy, but at the same time, can be a delight - certainly the subject of this amusing little story will be able to confirm this with absolute certainty! 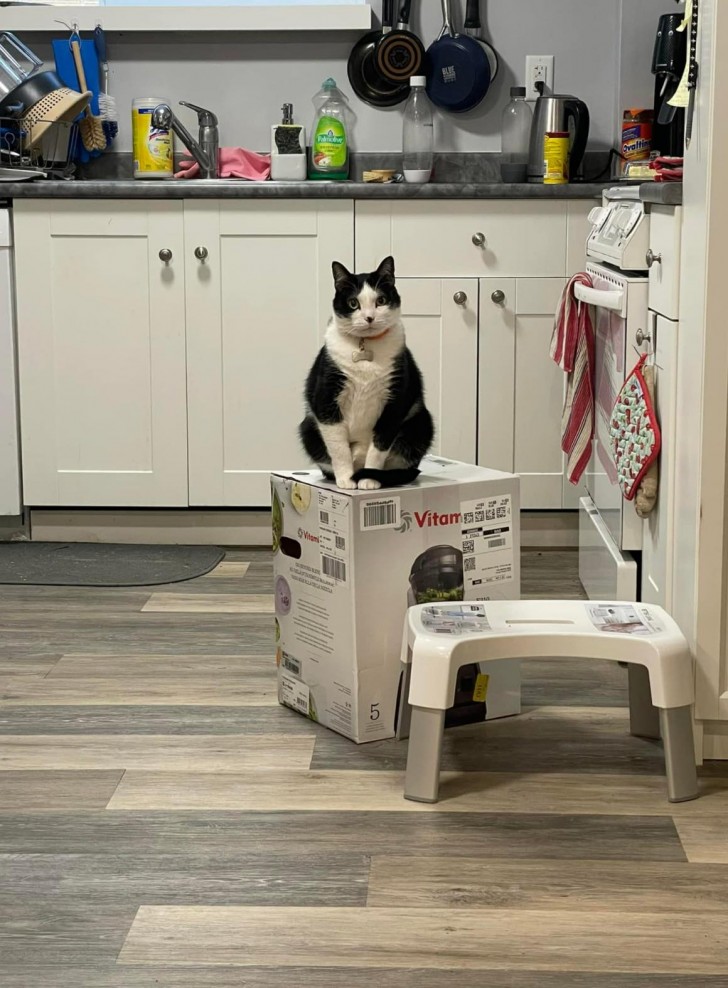 The teller of this amusing "four-legged" story is Jessica Gerson-Neeves, and her riveting post on the Facebook page of the Vitamix company literally went viral around the world. The woman explained that she had purchased Vitamix products in the past - more, specifically, she had bought the latest generation of the company's blenders. In the two and a half weeks following the arrival of the Vitamix package at their home, both she and her partner did not have the opportunity to open the cardboard box with the blender inside - and this was due to the weird behavior of her cats.

Now for the cats: there are four cats in the Gerson-Neeves house - Max, George, Destroyer of Worlds and Lando Calrissian. These are four incorrigible felines who, from the moment they set their eyes on the cardboard box that contained the electric blender, have practically taken the boxed item hostage, positioning themselves on top of it in turns, one at a time. 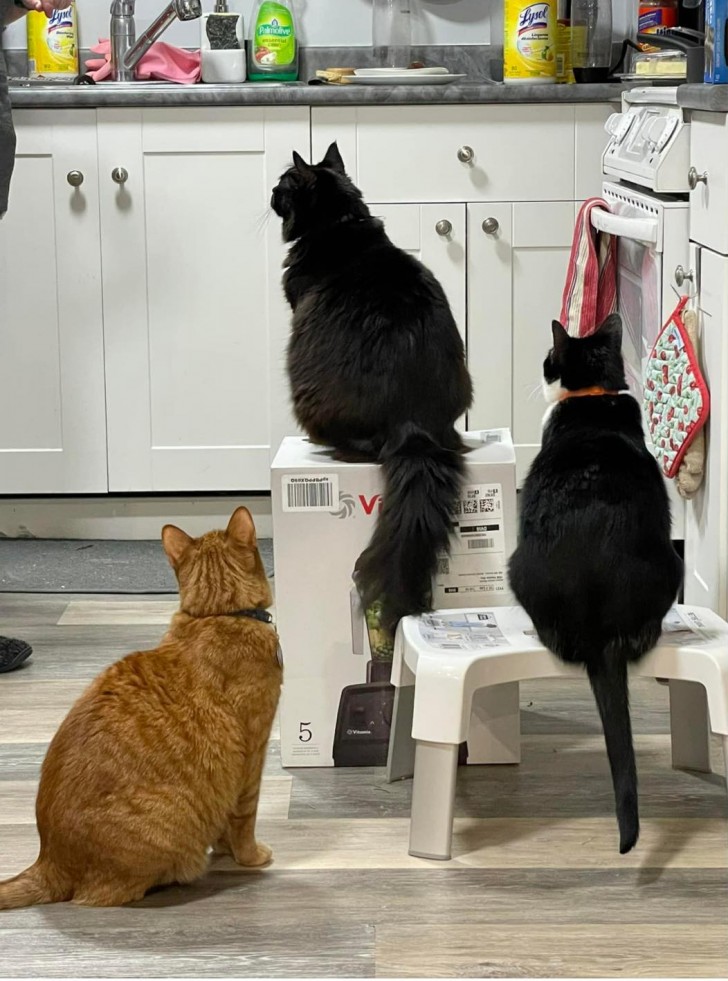 In the two weeks following the purchase, it has become impossible to get the four cats to get off from the top of the cardboard box - they simply love it too much. And whenever Jessica or her partner try to get the cats off the box, they immediately return to the "top of the hill". In short, the Vitamix blender's cardboard box (with the blender inside) had become their irreplaceable object of desire. What could the two human owners do to distract their cats and finally open the package? Calling the company and having another blender sent would be sheer madness, so they decided to make a rather unusual request of Vitamix...

On the appliance company's Facebook page, Jessica posted a rather strange request: she asked if Vitamix could send her four empty cardboard boxes, exactly identical to the ones that contained the cat-desired blender, so that her felines could each take possession of their own box and without inconveniencing anyone else further. 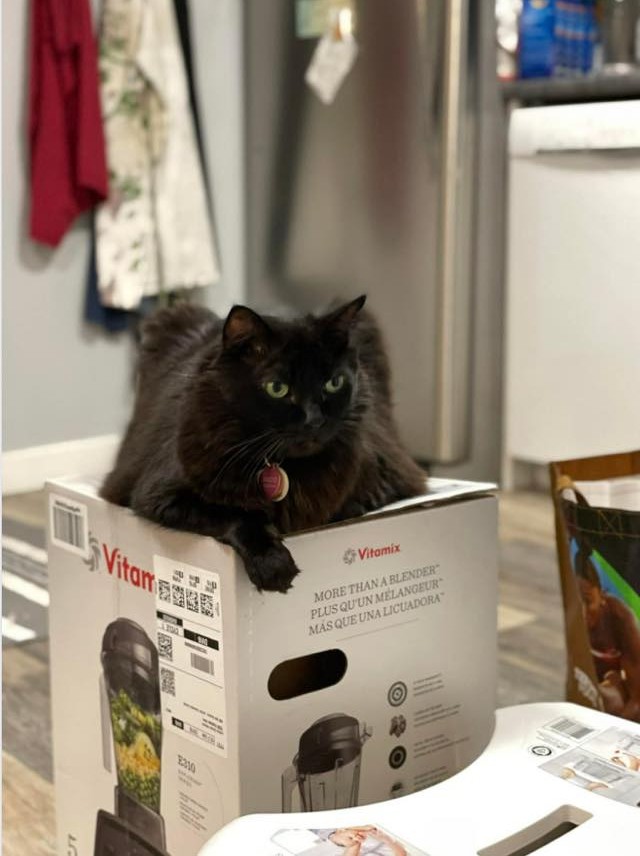 Despite this somewhat bizarre request, Vitamix decided to respond positively to the request made by Jessica and her partner and sent them four, empty cardboard boxes - but without any blenders inside. After all, these two customers have the right to enjoy the appliance they had originally bought - their purchase was not just for the pleasure of their four cats!

Do you also have experiences from the home of cats taking possession of areas of the house, certain objects and battling ferociously to keep hold of what they have conquered? 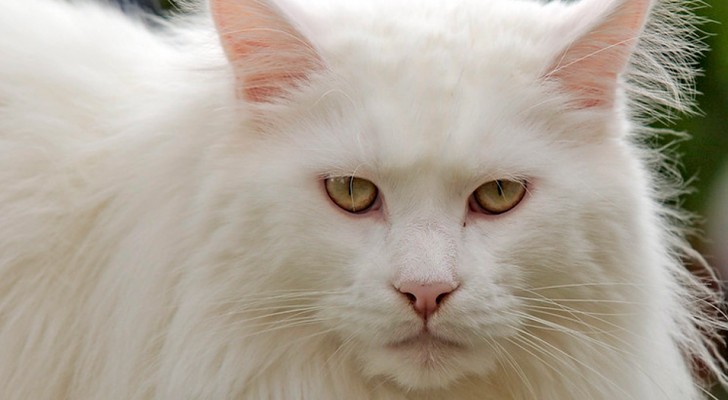 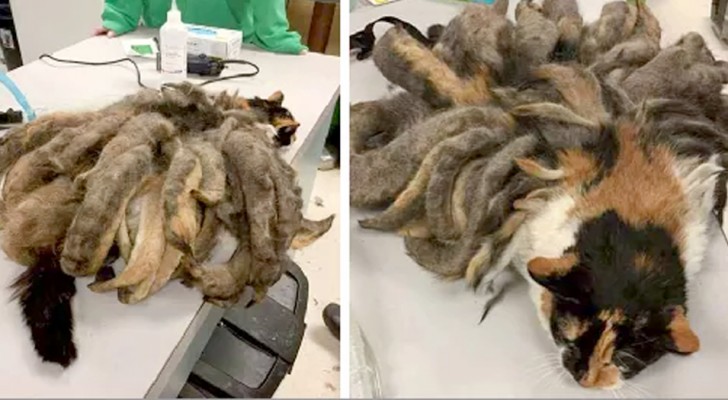 This poor cat was encased in matted hair: the volunteers freed him of the burden 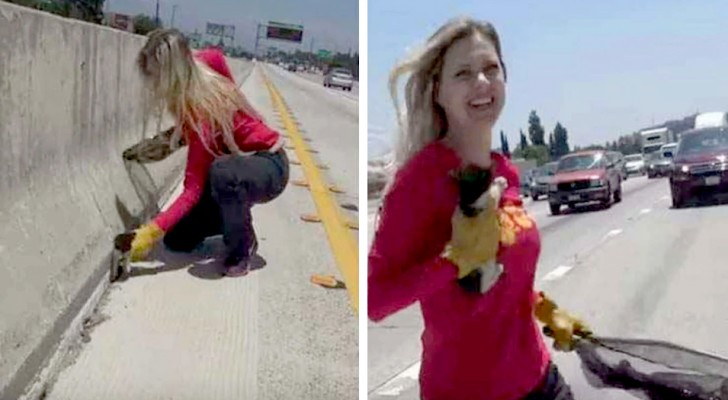 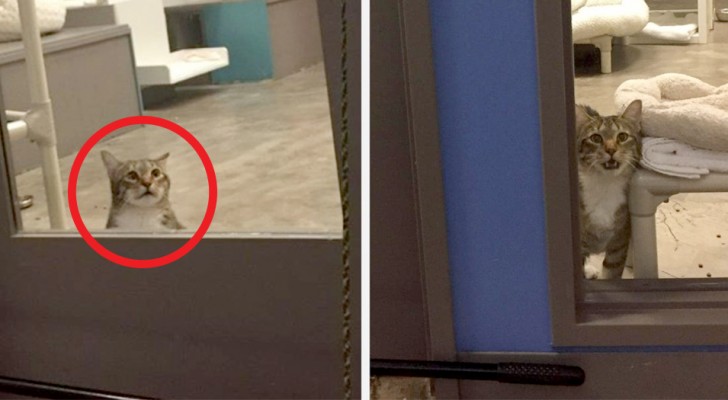