They found a complaint on the door about their daughter's crying at night: "Your children are your responsibility" 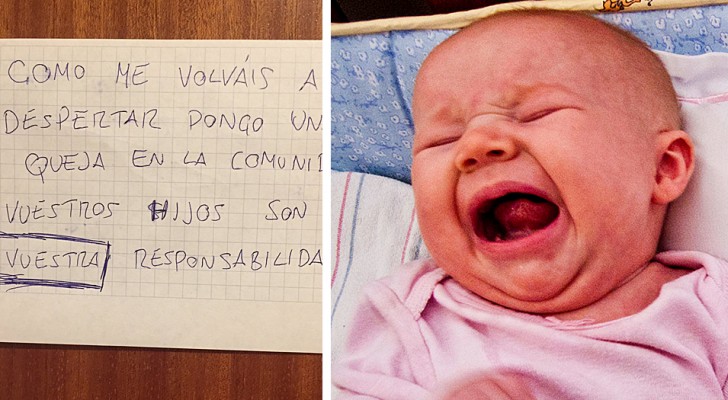 Parents know what it's like having small children at home. No matter how much time has passed, the memories of sleepless nights are indelibly etched in the memory. These periods sometimes last a long time, sometimes not so long, but it is an obligatory and natural stage in life. Nothing strange so far, but things get complicated when not only mom and dad are kept awake, but also the neighbors. The child's family can't do anything about it, but do the neighbors have the right to sleep too? Who is in the right? 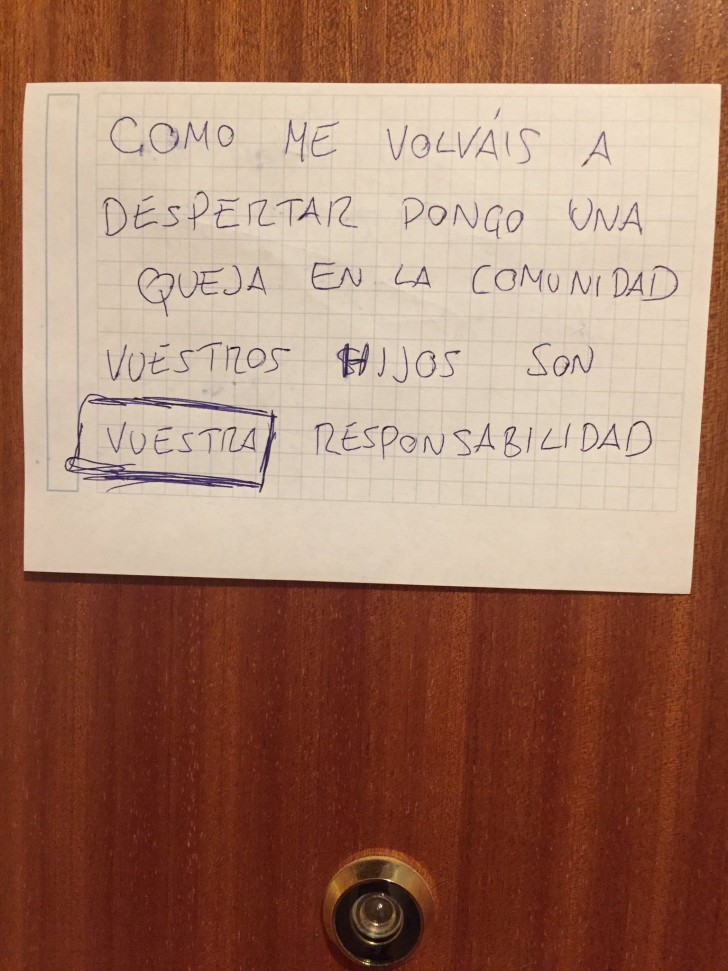 The aforementioned circumstance, as is quite common, occurred at Nacho Duque's home. The man has a baby girl of a few months, who unfortunately doesn't want to sleep especially at night. Other tenants in the apartment block, exasperated by the noise, wrote a message and left it attached to the door for him to find. The grievance went something like this:

“If you wake me up again I will file a complaint with the authorities. Your children are your responsibility. Please make sure they don't disturb others at night or early in the morning. Remember that you are not the only ones living in this building ”.

Nacho had received similar rather annoying and threatening notes before. Knowing who the author was, he had already tried to talk to them face to face and by phone. However, the person in question had never opened the door or answered his calls. 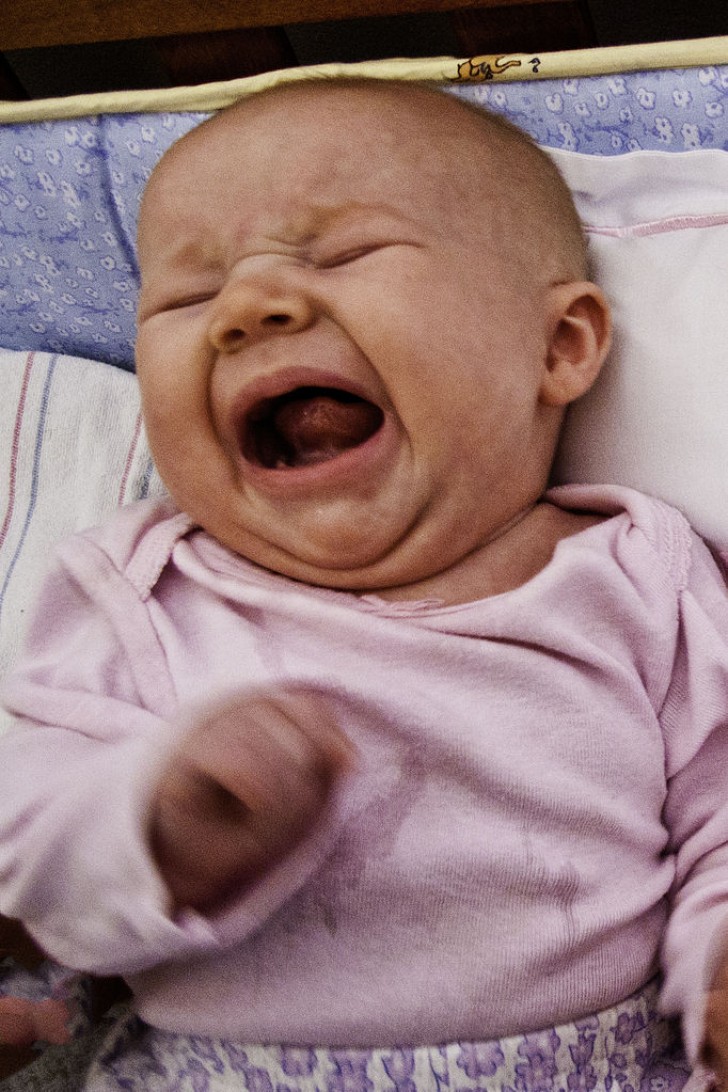 And so man decided to reply to the complaints online, via his Twitter profile. This was his response:

“Believe me, parents are the first to want their children to sleep peacefully every night, but unfortunately the reality is not always like this. I'm sorry my daughter's crying interrupts your dreams, but she arrived with this "factory defect" and has no switch to turn it off or turn it down. I would agree with you if I played drums at 4 in the morning, but if my daughter cries at night it is no one's fault. If this experience hasn't put you off becoming a parent, I wish you the best of luck in bringing silent children into the world. Finally, if you have something to tell me I would ask you to do it in person or open the door for me when I come to call on you. In this way I will no longer be forced to communicate via social networks. Having said that, good night ”.

Nacho's Tweet received over 7,000 retweets. Many took his side showing understanding and solidarity. Others instead took the side of the neighbor, appealing for the right to be able to rest without being disturbed. The more diplomatic simply suggested soundproofing the little girl's room. It is not known how the story ended, however what matters is to try to resolve conflicts by compromising. After all, the freedom of one individual ends where that of another begins.