This wild donkey jumps, runs, and wags his tail just like a dog when his human friend returns home 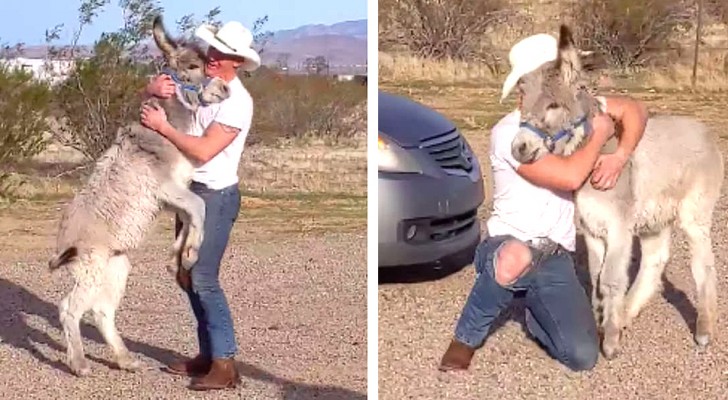 Who said that only a dog can behave ... like a dog?

Of course, man's best friends are called that precisely because they manage to give us unique emotions, in an empathetic and unconditional way.

Yet there are exceptions, that is, animals that, for all intents and purposes, behave just like dogs.

We are talking about creatures from which we just would not expect certain behaviors.

Would you ever think of seeing a wild donkey wagging its tail for its owner—just like your little dog does when you come home?

If the answer is no, then wait before you say it! As a matter of fact, the donkey we are going to introduce you to would make a perfect substitute for a dog!

via Walter the orphan from Oatman’s happy new life

Okay......so we have been wanting to do this for a really long time. Can everyone comment where they are from!!! Bonus: with a picture of your animal🥰🥰🥰 We will start-We are from Oatman Arizona

His name is Walter, and he is a sweet little male donkey who grew up in close contact with three dogs.

Maybe that is why he acquired some habits that go far beyond the standard behaviors of a donkey.

Indeed, Walter was just a baby donkey aka foal when he was first brought to Kelly and Brad Blake's home in Arizona.

Rejected by his mother, the baby donkey found himself alone and looking for love and affection, which the American couple was happy to give him.

Thus, a new life began for him, and he was treated almost like a pet. Receiving such strong and unconditional affection from his new "parents", Walter was able to bond connect emotionally with them in truly unexpected ways. 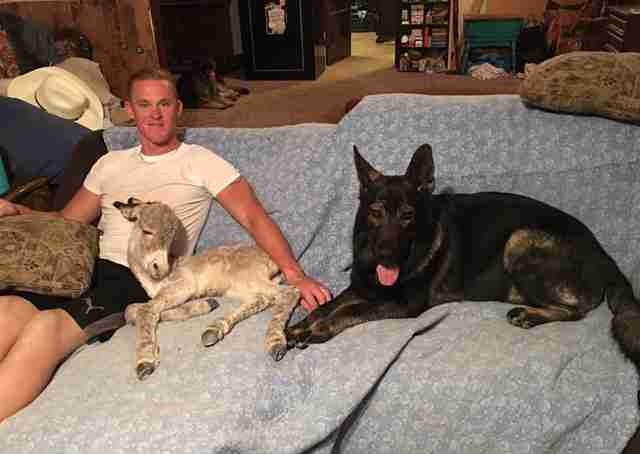 In particular, his favorite is Brad, who for him represents a sort of father.

Together with Brad, the three German shepherd dogs in the Blake family have always been ready to welcome and help the little donkey, like a little brother.

All this has had inevitable "repercussions" on Walter's personality. In fact, the little donkey has acquired a sort of dog-like personality.

Moreover, when his human friends return home, Walter, just like a dog, cannot hold back his happiness.

So much so that he begins to waggle his tail, to run, and jump with excitement, rubbing himself against Brad trying to get all the caresses and cuddles that he can.

It is enough to watch the video shared on Facebook by Walter's owners to realize how much love Walter is capable of giving back to his canine friends and his human family.

Walter is really a very special animal with his unique and empathic nature, so much so that now, he also works with a number of charities, as an emotional support animal.

We hope that this splendid donkey with his affectionate dog-like ways will, each and every day bring love and happiness to those around him! 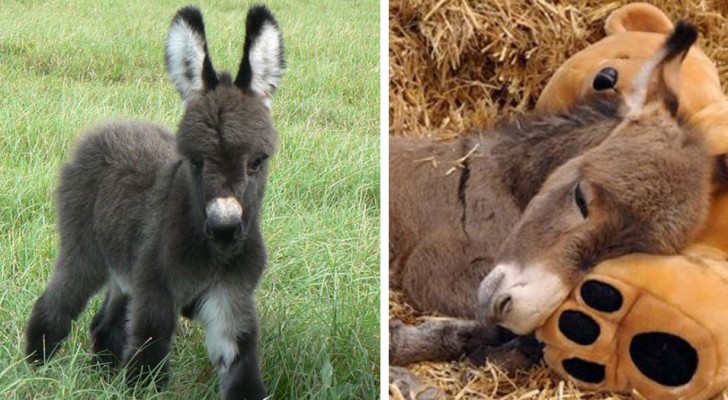 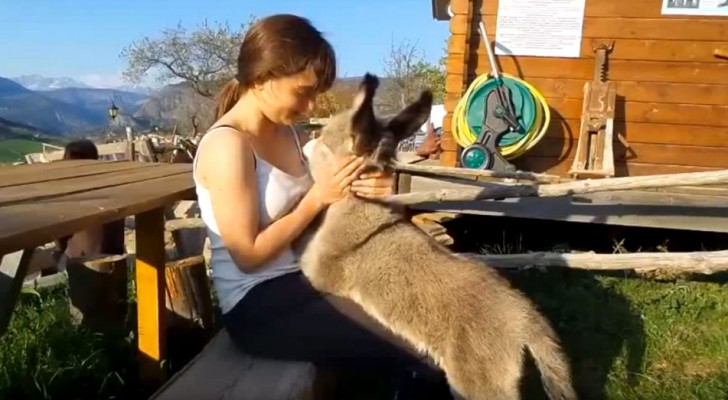 A baby donkey approaches her --- the girl cannot believe what happens next! 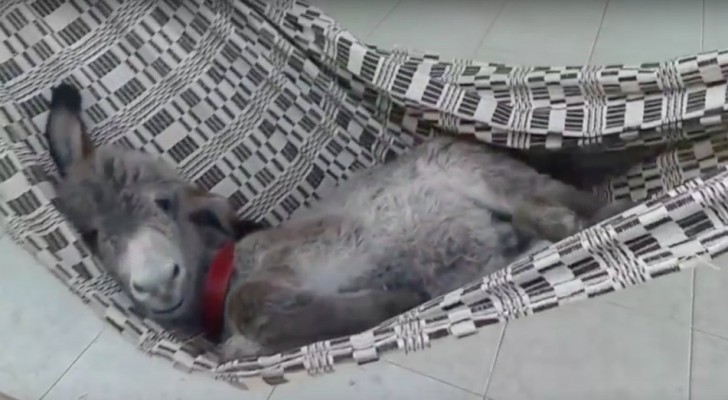 A DONKEY--swinging in a hammock!? ...LOOK! His satisfied expression is priceless! 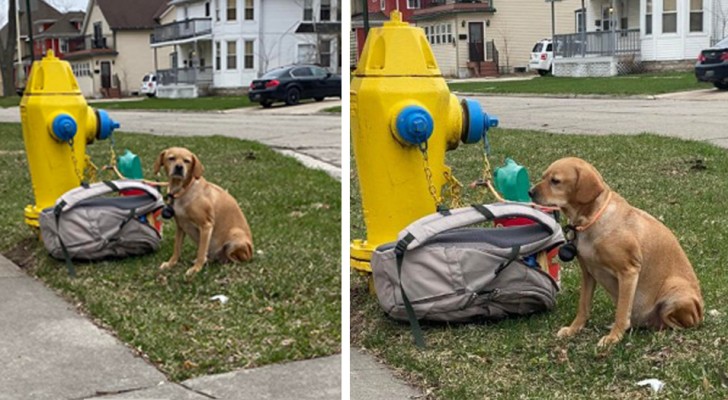 Woman finds a dog tied to a fire hydrant along with a heartbreaking letter: the sick owner can no longer keep the puppy (+ VIDEO) 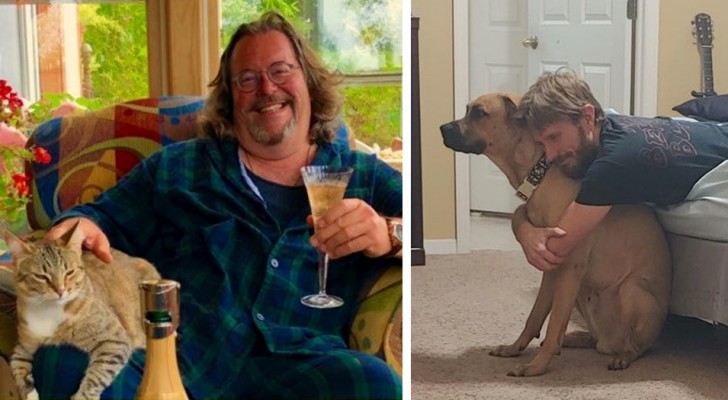 A gorilla sees a new mother and her newborn: she responds by showing her her cub through the glass