11 babies who were born with very special and uusual characteristics 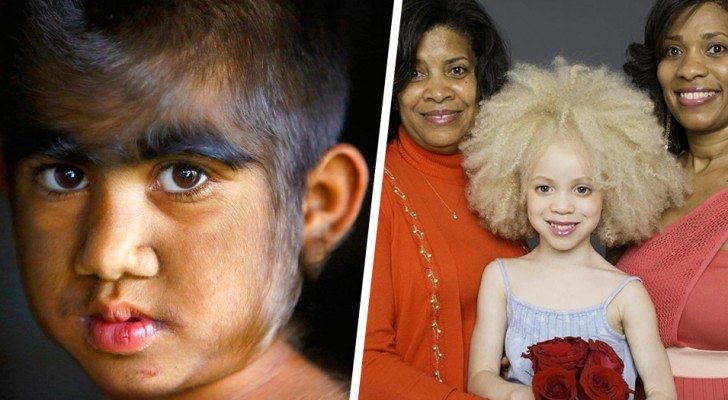 Each of us is unique in our own way, while still belonging to the great family of "mankind". This is demonstrated by the infinite differences that characterize us and which, consequently, differentiate us from each other. Some people, then, are born with characteristics that are truly out of the ordinary, perhaps due to some genetic mutation: albinism, heterochromia, hypochromic anemia and many other unusual conditions which can affect our appearance, making us unique. Just look at the photos of these children and their unusual characteristics. Some have milk-white skin - literally! - and one has an unusual white patch in their hair: all of them are absolutely unique! Differences are often frightening, but a greater awareness should, instead, bring people together more. Look how wonderful these children are!

1. Junior Cox-Noon was born with an awful lot of hair 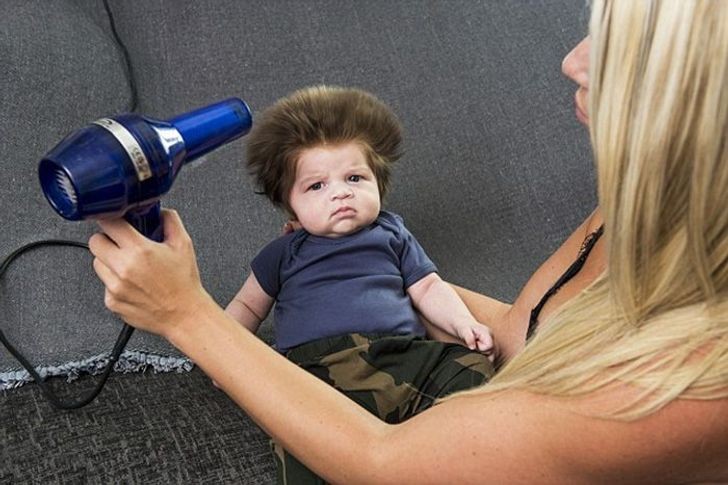 So much so that it almost look photoshopped! A little teddy bear, with a surprising regrowth.

2. Millianna Worthy had white hair when she was born 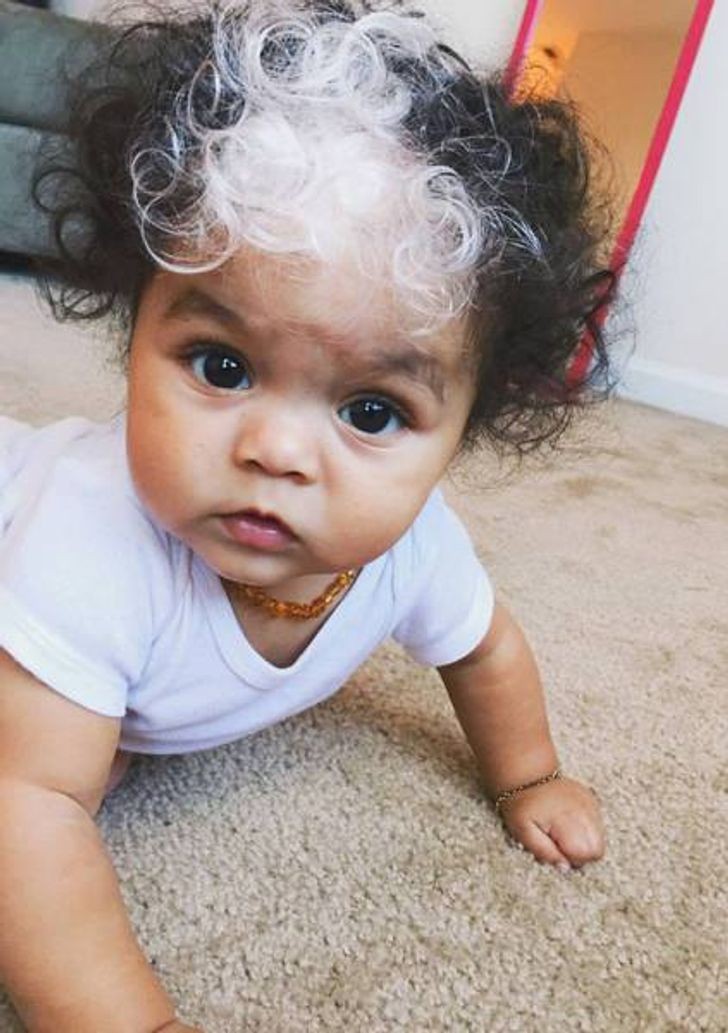 Such an unusual characteristic owes its origin to so-called "hypochromia", or the lack of melanin in the hair, eyebrows, eyelashes or any other area of the body. Little Millianna has an obvious lack of melanin right at the front of her hair and she owes it above all to her mother, 23-year-old Brianna Worthy, who also has the same genetic condition. 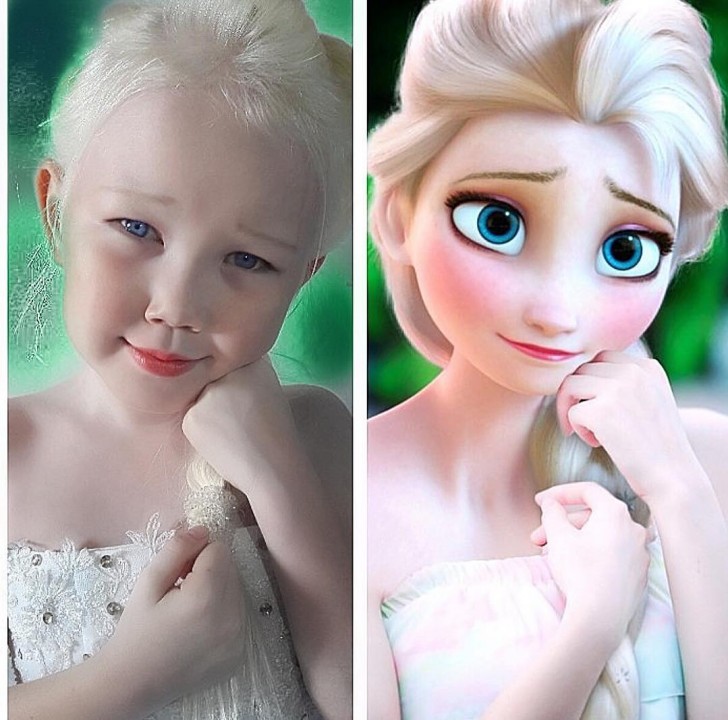 Little Naryan comes from Yakutia, a republic of Russia, located in eastern Siberia, and immediately attracted the attention of several photographers thanks to her unique appearance. Why? Unlike all the other children and adults around her, she has to be particularly careful of the sun's rays ... because she is albino! 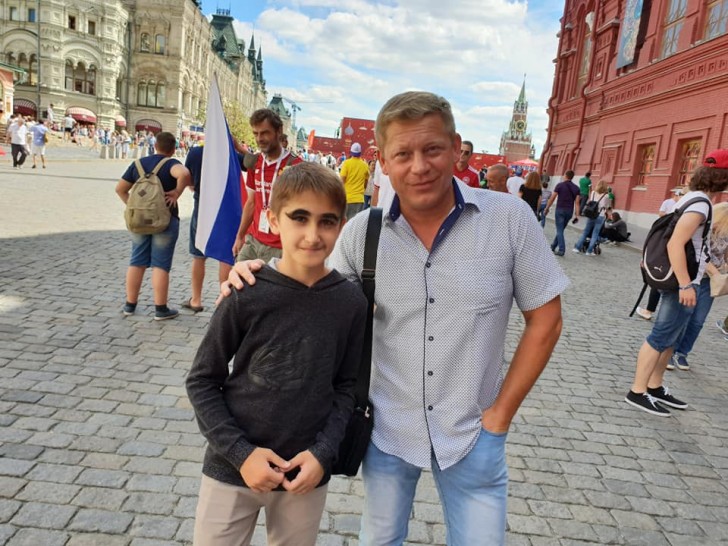 Muin Bachonaev is a guy with a truly unusual feature: he has the longest eyelashes in the whole country! Not that his brows aren't also thick, but his lash length is about 3.5cm! At birth, the entire hospital knew who that baby was. 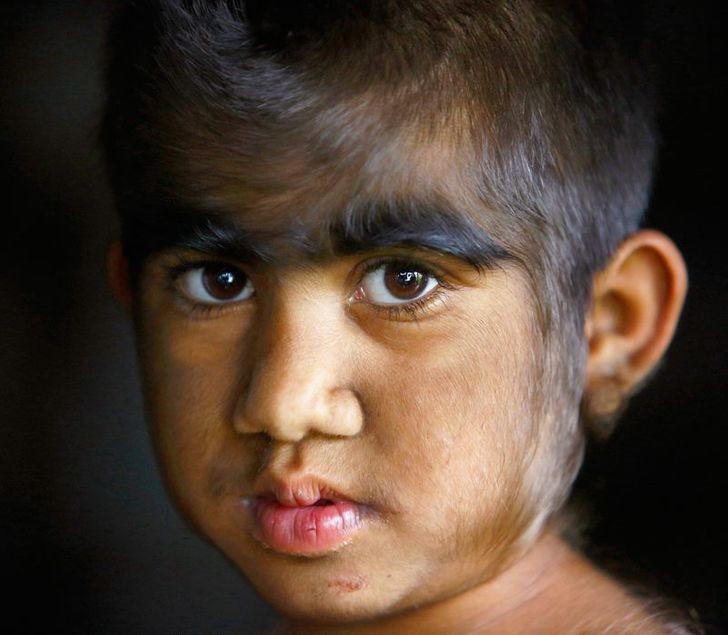 Devi Budhathoki and her 3 children (Mandira, Niraj and Manjura) all have congenital downy hypertrichosis, a very rare disease that is noticeable right from birth. Excessive hair all over the body makes this child look like a little wolf: this is why the disease is also referred to with the expression "werewolf syndrome".

6. She's been called the most beautiful girl in the world 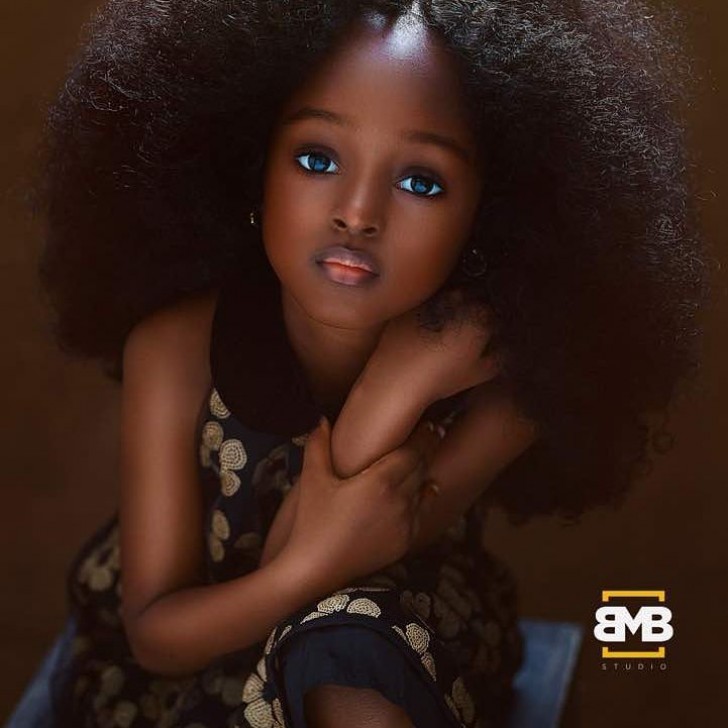 With her blue eyes and incredible hair, at just 5 years old, Jare was already famous with the general public for her striking beauty. 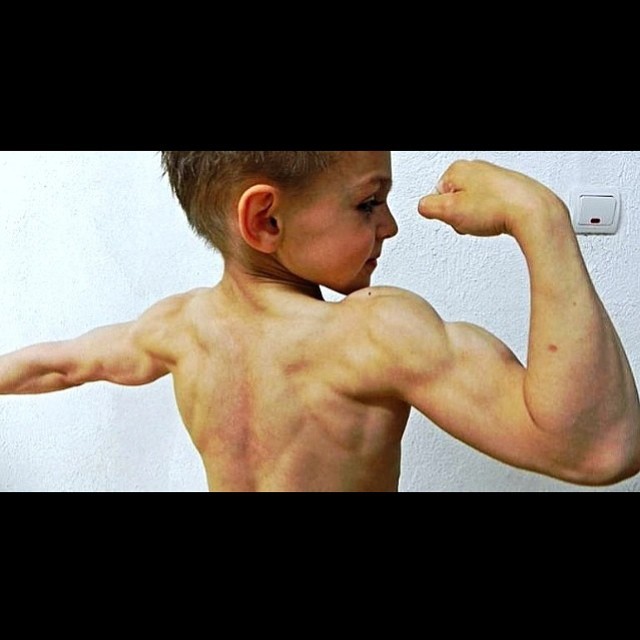 Giuliano is a Romanian bodybuilder who started playing sports with his father at the age of 2.

8. Ava Clarke is an albino girl 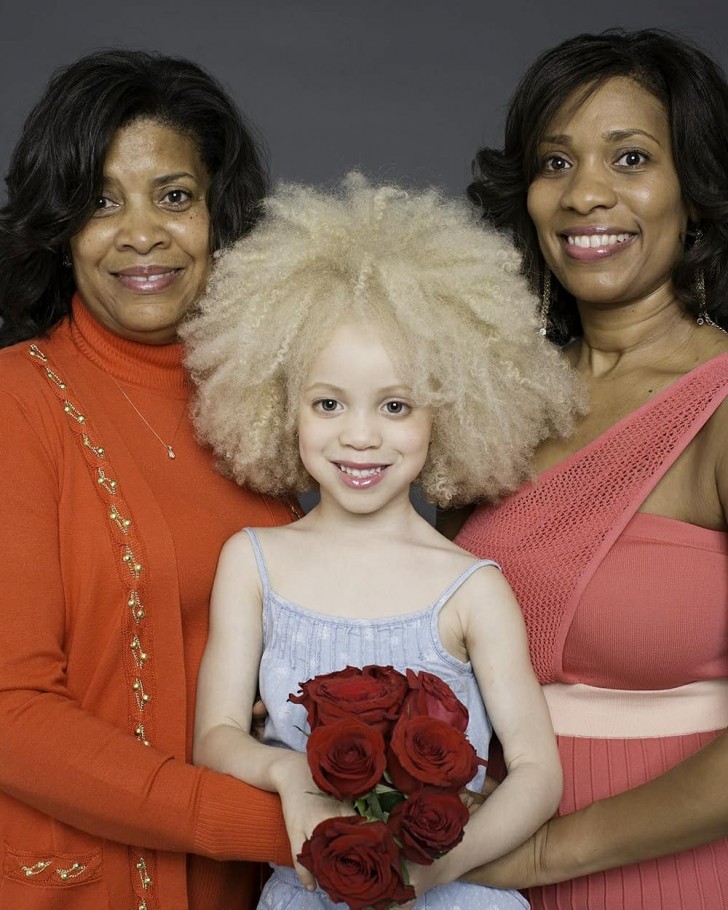 When she came into the world, she had gray-blue eyes and her beautiful skin was almost snow white. What was unusual about that? That her parents are an African American couple with a rich brown skin color.

9. Dzhambulat Khatokhov has been called the "heaviest child in the world"

10. This little girl has one blue eye and one darker one: an incredible "trick" of genetics! 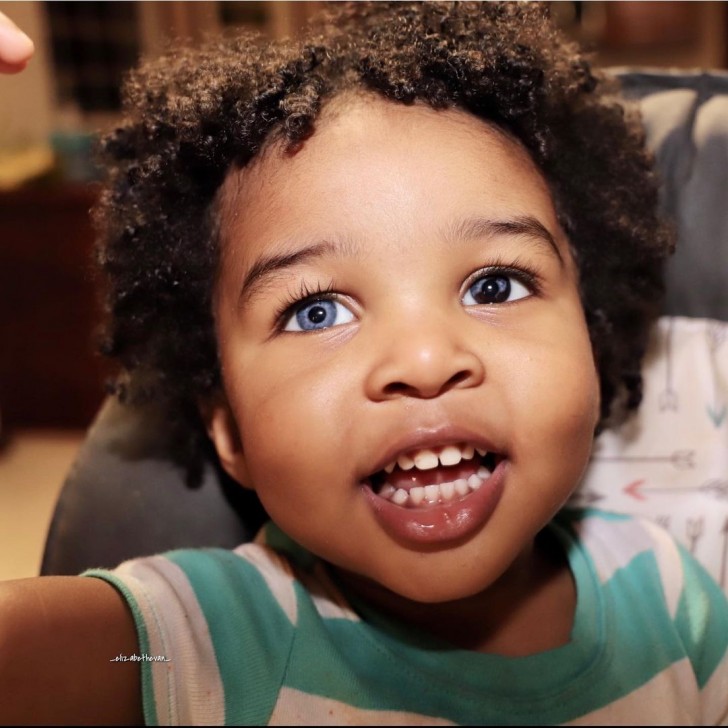 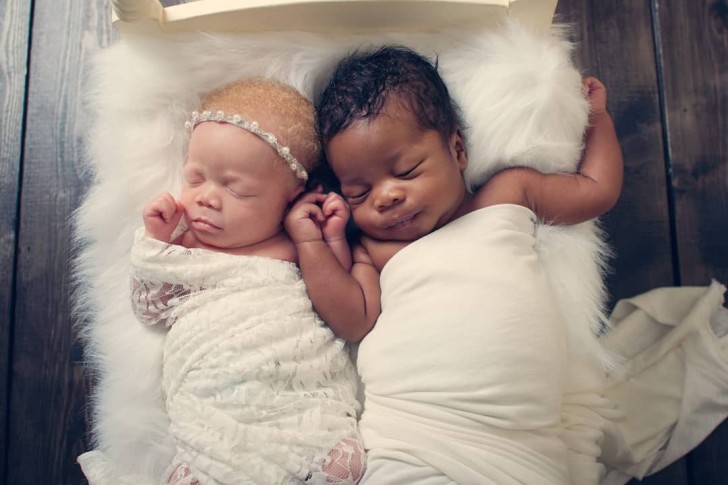 Some of these children look like little superheroes, with strange powers. In fact, they are children like many others, who were lucky enough to be born with truly unique characteristics!

He toured the world with his mother who has Alzheimer's: he wanted to give her one last gift 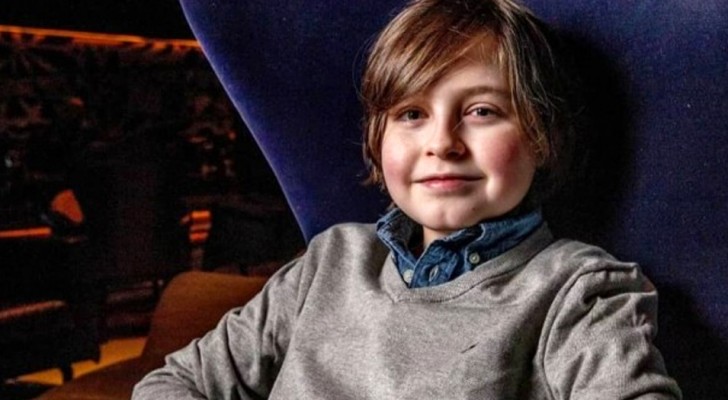 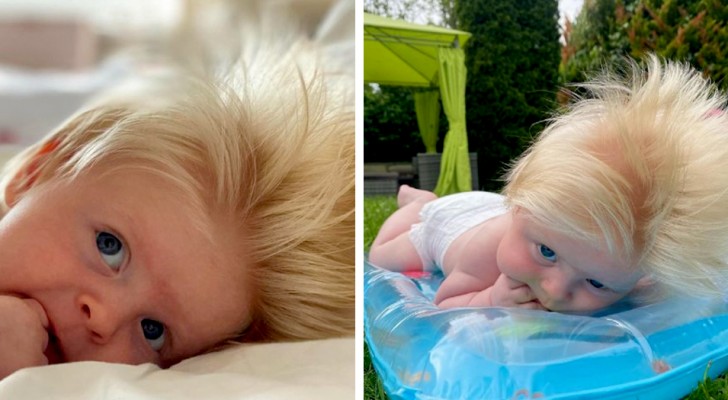 A baby is born with very thick blond hair: "My husband and I are brunette!" 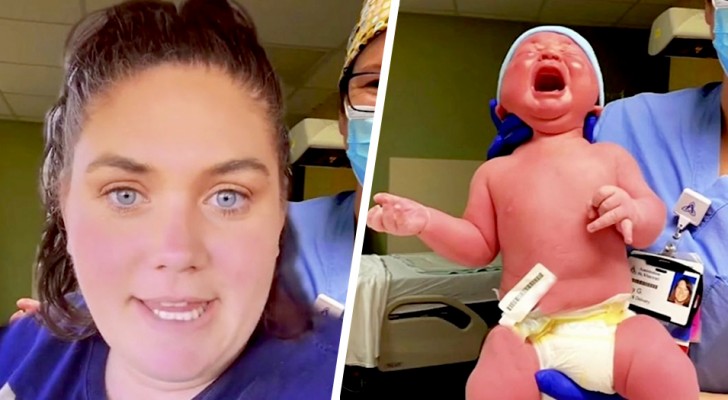 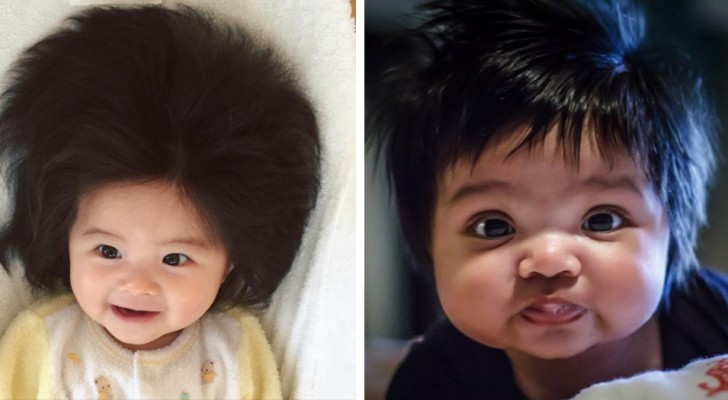 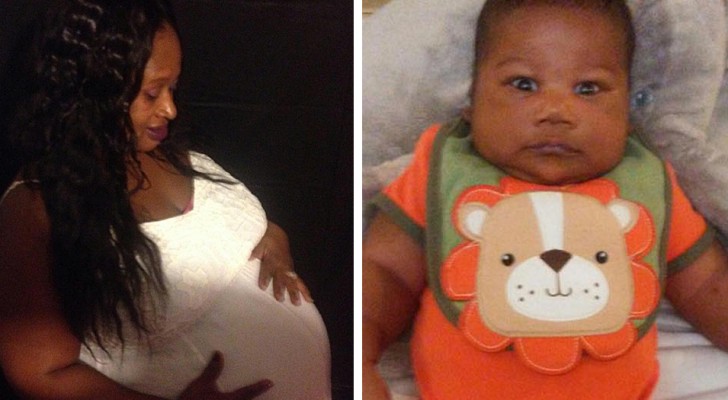 A woman gives birth to a newborn weighing 6.3 kg: "I thought it was twins"